Are you a lover of racing, drifting, and top-speed accelerating? Street Racing 3D (Mod, Unlimited Money) is a racing game that contains all the things you are looking for. With a super lightweight configuration, this game still allows you to enjoy great races without any lagging.

In the game, you will control classy sports cars and compete in street races with many racers from all over the world. Who are you: The world's top racer, or someone who just knows how to drive? Get in the car, start the engine, and prove yourself! Street Racing 3D allows us to experience the feeling of driving supercars with simple and straightforward operations. Even newcomers to racing games can understand the gameplay and participate in in-game races.

The car will move forward by default, so all we need to do during the race is to turn left or right when necessary, remember when to brake and when to throttle. To navigate the vehicle, you can use two methods. The first one is using the left-right arrow navigation key on the screen. The second one is tilting the phone in the direction that you want to turn.

However, the acceleration and braking features only have a fixed control scheme. The game interface has clearly designed two buttons to perform these functions, and you only have to use one gesture when needed.

A pretty cool tip that few Street Racing 3D players noticed is that combining both brakes and changing directions will create a very pleasing drift, which is the foundation for spectacular breakthroughs. 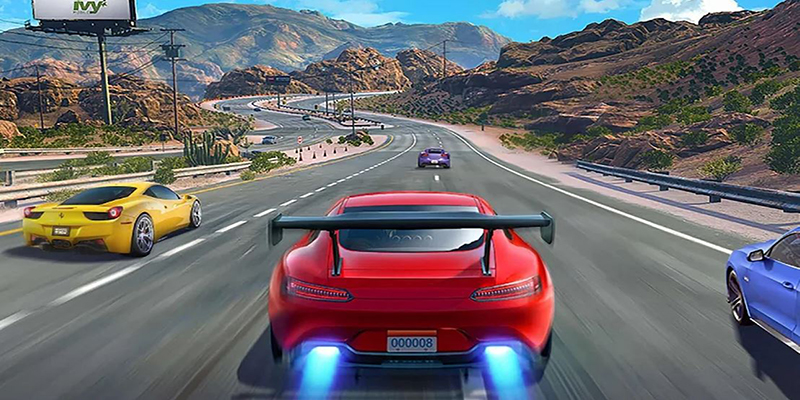 As we mentioned above, the game currently has more than 40 different supercars with beautiful 3D designs and customized for racing. They are divided into four classes: class C, class B, class A, and finally class S. Depending on the capabilities of each vehicle and its rarity, players should consider choosing the right car for the right track.

Initially, players will be given a free car with the most basic parameters. I'm sure everyone wants to upgrade it to a more advanced level. There are four parts that the player can upgrade, including Acc (exhaust), Top Speed ​​(engine), Nos Speed ​​(capacity of Nitro gas tank), and Handle (racing wheel).

Besides the four upgradable parts, the player can paint the car according to their preferences or change to cooler rims.

Like in real life, all vehicles will be damaged and worn out after a period of use. With intense races in Street Racing 3D, there will inevitably be adverse effects on the vehicle's durability or functionality. Therefore, during racing, you need to check regularly to plan maintenance and repair. 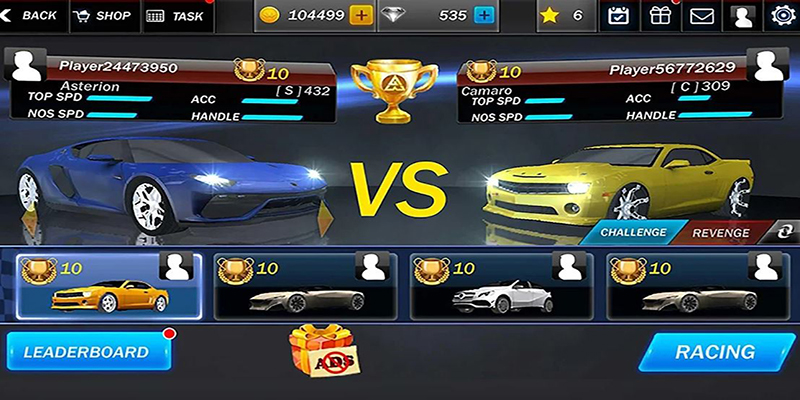 The game has two game modes: Career and PvP. Both are very engaging and worth playing. Let's take a look at both of them.

It would be no exaggeration to say that the number of tracks in the game is endless. The racetracks run through big and small cities, passing through many famous places around the world. Because there are many tracks to play, you will always have a new and exciting experience, not boring with just a few rotating maps like in other racing games.

Street Racing 3D has extremely vibrant game music that increases the excitement for players before each race. The sound effects when you drift or use nitro are incredibly vivid and powerful. The game also cleverly adds sound effects when colliding during the race to make the game more realistic.

The cars in the game are beautifully designed and authentic, based on real-life models. The track in the game is also designed differently to help players not get bored during the game. When you drift or use nitro, the effects are stunning, making the game more exciting and thrilling.

Our MOD will give you unlimited money and diamonds for upgrading and shopping in the game. Download and install Street Racing 3D MOD APK with the link below.

Street Racing 3D
Rate this app
Reviews are public and editable. Past edits are visible to the developer and users unless you delete your review altogether.
0★
0 total
5 ★
4 ★
3 ★
2 ★
1 ★
We gather comments to provide users with the latest information.
Sorry, no results found.